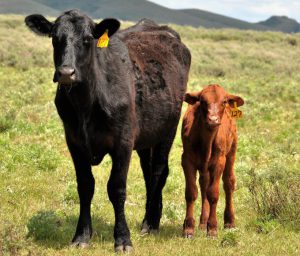 With the constitutional obligation to maximize revenue for endowment beneficiaries, the Idaho Department of Lands (Department) analyzes rates of return and financial performance for our land assets.  A decade ago, the Department commissioned a study to analyze grazing leases on Idaho endowment land, which determined that the grazing formula was likely not capturing market value (Attachment A). In recent years, the private grazing lease rate has increased faster than the rate for endowment lands, according to available data.  In 1992 the Department rate was approximately 50% of the private lease rate; in 2022 the Department rate is projected to be about 37% of the private lease rate.

The Department and stakeholders have identified the need for a rate that is stable, tracks market trends, and is easy to understand.  As directed by the State Board of Land Commissioners (Land Board), the Department has been evaluating the grazing rate, alternate formulas, and non-fee costs related to grazing on endowment land.  Attempts to develop a fair, market-value grazing rate formula have been difficult due to limitations in the formulas brought before the Land Board.  The Land Board has rejected formulas which contained arbitrary base rates and multipliers as key components and those which did not adequately demonstrate their ability to capture market value.

Prior work to collect data for extrapolating the market value of grazing on endowment rangeland has been inconclusive. Published research does not exist, and efforts to ascertain a defensible rate by surveying our customers has failed.  The price impacts of inholdings are anecdotal; lessees have indicated that if lease rates increase, they may simply forgo certain endowment leases, placing the cost of fencing out cattle on the endowments.  Accurate and detailed data related to the carrying capacities of private and endowment rangeland does not exist; the Department does not have adequate staffing to undertake such a study for the entire rangeland asset class, and the cost may eclipse any potential gains in revenue.  Studies of carrying capacity of certain high quality leased areas can be completed and may increase net revenue in some cases.

Central to the debate of choosing a proper base rate has been the determination of the actual cost of grazing on state endowment trust leases versus private leases.  A recent analysis by the University of Idaho offers insight into the expenses incurred by the average ranching operation in Idaho, across various rangeland ownerships and grazing strategies.  Using this information, a defensible, data-driven method for the grazing rate can be established.

10/17/2019 – As an informational item, the Land Board received an update on the 2020 grazing rate, as determined by the 1993 formula, and the University of Wyoming study (Attachment E).

3/31/2020 – The University of Wyoming Grazing Rate Study of non-fee grazing costs in Idaho was completed, but the findings were inconclusive due to the “low number of ranchers that participated.” (Attachment F)

Prior to the Land Board’s deferral on revising the grazing rate methodology in December of 2017, the Land Board’s Grazing Subcommittee had convened a working group of stakeholders, including representatives from the ranching industry, interest groups, conservation organizations, and Land Board staff members.  This working group was led by an independent meeting facilitator and charged with developing alternatives to the grazing rate formula recommended by Dr. Rimbey and adopted by the Land Board in 1993 (Attachment G).

The proposed formulas submitted to the Land Board for consideration during the December 2017 meeting were predicated on arbitrary, indefensible variables (or multipliers) that ultimately determined the rates generated by the formulas.

By charging the 2017 working group with developing alternatives to the status quo grazing rate formula, the fundamental issue was overlooked—developing a defensible methodology for determining the market rate for grazing on endowment land that is not based on an arbitrary multiplier.

This new approach for determining the market rate for endowment grazing leases solves the decades old problems of formula complexity and volatility, meaning that the rate generated by the current formula is difficult to understand, its calculations are hard for the layman to replicate, and market forces can significantly skew the indices upon which it is based.

The proposed new model is based on two pillars: transparent, defensible, not arbitrary; and periodic review.

The new model is based on defensible and transparent datasets.  It avoids using arbitrary numeric modifiers and assumptions.  At its core, the model can be described as netting non-fee grazing costs against the USDA National Agricultural Statistic Services (NASS) published private Animal Unit Month (AUM) grazing fee for Idaho (Attachment H).  The proposed new model expresses the endowment grazing lease rate as a percentage of the NASS published private lease rate for Idaho and bypasses the four indices used under the current 1993 formula.

The Department recommends the Land Board adopt a policy to review the new grazing rate model (if adopted) every five years and update the model’s underlying non-fee costs (if needed) to ensure the model continues to track with the market.  This review should also analyze the market sensitivity to endowment grazing lease rate changes, specific to the question of how rate changes might impact the demand for leasing endowment land for grazing.

The core of the proposed new model is derived from four non-fee grazing costs identified within three cow-calf beef livestock enterprise budgets published by the University of Idaho’s College of Agricultural and Life Sciences in 2020 (Attachment I).  The sums of each of the non-fee costs identified within the budgets were averaged, then prorated using data from the 2014 University of Idaho research bulletin Idaho Private Rangeland Grazing – Lease Arrangements to reflect non-fee costs under private leases likely borne by lessees (Attachment J, Table 10).  The model also includes two non-fee grazing costs derived from averages published in the 2011 University of Idaho study Grazing Costs: What’s the Situation (Attachment K, Table 2) and the 2021 University of Wyoming study Evaluating Non-Fee Grazing Permit Costs (Attachment M, Table 6). In addition, the Department used USDA-NASS data to estimate the impact of wolf predation on endowment land in the past decade as a non-fee cost to endowment leases.

Model Rate as a Percentage of the Private Rate

The proposed new model nets the prorated sum of the non-fee grazing costs paid by lessees identified in the University of Idaho enterprise budgets and the non-fee costs identified in the Dollerschell and Rimbey/Torell studies against the prior-year USDA NASS private rate for Idaho, then divides this amount by the private rate to express the Idaho endowment grazing rate as a percentage of the USDA NASS private rate for Idaho.  For purposes of simplicity, this percentage is rounded to the nearest one percent.

A = NASS Idaho Private Rate (as published two years prior)

B = Sum of the Average Non-Fee Costs for Salt, Trucking, Labor and Repair (from 2020 UI Cattle Budgets)

Endowment Percentage Rate = 49% of the USDA NASS private Rate for Idaho (48.66% rounded to the nearest percent)

* Non-fee costs accounted for in UI Cattle Budget using measures other than per AUM were converted to per AUM basis.

Given the decision to not use private lease non-fee cost data included in the Dollerschell study, and the fact that the Rimbey 2011 study was based on studies completed before the reintroduction of wolves into Idaho, the grazing model required an additional input to accommodate the cost of wolf predation on endowment land.  To date, no significant research has been undertaken to quantify the cost of wolf predation on public rangeland on a per AUM basis.  However, IDL used USDA NASS data, the best available information, to estimate this impact.

* Rimbey and Dollerschell non-fee costs for lost animals were independently indexed to 2020 values; a Wolf Predation Factor of $.48 was added to the Rimbey public Lost Animal cost to account for wolves not being reintroduced when the Rimbey data was collected, then this sum was averaged with the Dollerschell Lost Animal cost. The wolf predation factor was calculated using 2010 USDA NASS data and indexed to 2020 values

This proposed new model incorporates the AUM fee policy for sheep as previously approved by the Land Board.  For sheep, if the previous 12 month average lamb price is less than or equal to 70% of the price for calves under 500 pounds during the same period, the sheep AUM rate will be reduced 25%.

Another metric that may validate this model is to compare the model rate to the 11-Western States private lease rates as reported by USDA-NASS and the rates each state charges for endowment grazing land.  A rate of 58% of the  USDA-NASS private rate is the average percent of private rates for state grazing rates of the Western States.

No. According to the USDA, the average rates are estimates based on survey indications of monthly lease rates for private, non-irrigated grazing land from the January Cattle Survey. This definition is located in the footnote on page 36 of the USDA publication Agricultural Prices (January 2021).

Why does USDA NASS private rate survey that comes to Idaho producers exclude land that is based on an AUM rate?

When asked, USDA-NASS informed IDL they do not exclude “AUM lands” when surveying respondents about grazing rates and cattle being grazed, but instead only exclude this classification from their calculation of total acres managed.  Their explanation of this nuance is based on the fact they do not consider “AUM land” to be managed by the operator, and their goal is to obtain information on lands directly managed by the rancher/farmer.  USDA NASS also responded they employ this line of questioning to avoid double counting agricultural acreages.

How is the AUM rate calculated on the NASS report?  How do they come up with an average AUM rate if they are not sampling for that?

USDA NASS collects data on the average rate in a producer’s area, then weights those figures based on acreage.

How many producers are represented in the NASS survey? How many responses does NASS receive?

According to USDA NASS, 34,900 operators participate in the survey nationally via mail, telephone, and internet, with 64% of survey responses being usable. Specific to survey responses from Idaho, USDA-NASS reports that the numbers for Idaho are statistically significant, and Idaho’s response rate is checked for validity against nationally reported rates.  The latest sample size for the Idaho survey was 914 respondents.

What percentage of the private land sampled within the USDA NASS private rate study is irrigated pastureland?

The USDA-NASS methodology asks questions about the rate on “privately owned, non-irrigated” grazing land, meaning that irrigated pasture and crop residue would not be factored in, which makes the USDA NASS private survey results for Idaho a reasonable datapoint in relation to endowment land.

Comments that are specific and detailed are of great value as we move forward with this process.  Please identify specific changes you believe would improve this proposed grazing rate model.  Providing references, suggestions, and/or sources of additional data to support your position are also extremely helpful to our efforts.  Since this comment form does not support attachments, electronic files containing data, analysis or studies that support your recommended changes may be emailed to comments@idl.idaho.gov.

Public comments and suggestions to improve the proposed new model will be accepted until 5 p.m. (MT) on Friday, September 3, 2021.